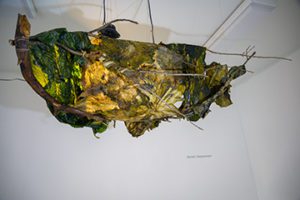 Isolation of elements from familiar environments allows for a heightening of the senses and an alteration of the nature of perception. By surrounding the viewer and illuminating the encompassing VF Papyrus, the semi-translucent surfaces reveal the encrypted, ancient structures of connection. Sound and visual information is muffled as it passes through the draped skins, providing the viewer the chance to get intimate with the material. 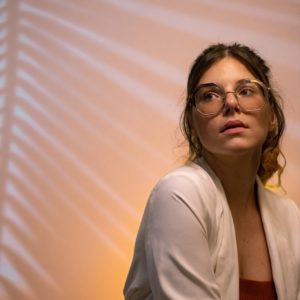 Alisa Hodzic’s story began with her parents; one of Orthodox upbringing and the other Muslim. Forced to escape a society that considered the union of mixed religions to be unlawful, they took refuge in the United States for the safety of their family. Hodzic grew up in Southern Florida, with summer trips to reconnect with Bosnia. Through time she faced rejection from the locals of both cultures, growing up confused by the concepts of nativity and cross-cultural alienation. In the vast ecology of Florida she found solace; a nonjudgmental network of life, thriving with knowledge of a home she had yet never considered. Knowledge that opened doors to research on spiritual practices: meditation, dance, music, history, all facets of the spirit that Hodzic found interwoven with the creative expressions of art: sculpture, drawing, performance, writing.

Entering College, Hodzic was driven to bridge the gap between her love for nature and her artistic practices, resulting in an increased awareness on the medium and material she was using. Vegetable and Fruit Papyrus, a unique and scarcely known form of paper making, became the catalyst for Hodzic to rethink her entire relationship with art. As Hodzic continued to find new languages and ways to become a messenger between the natural world and our increasingly detached urban world, her research and practice affirmed concepts of the inevitable interdependency with the earth.

With the help of local supermarkets Hodzic began sourcing her material from the produce that was set to be thrown away, this turned into an ongoing process.

Recently having graduated with a BFA Hodzic finds herself in the realm of Eco-Conscious art, continuously expanding on research and material experimentation. Alongside studio work, she is currently working as a Gallery/Artist Assistant in a local independently run gallery called SPAACES.

We are a vessel of energy, sending signals to the trees, the stars and even the animals. We live in a soup of frequencies that are at a constant motion, creating a continuous illusion of what we perceive as our reality.

As we breath in and out, I notice how organisms around us are doing the same thing, sharing oxygen and nutrients, growing and changing. I see how humans try to separate ourselves from nature as much as possible, from the buildings we construct to the desire for tech gadgets.

I choose to work with organic materials such as produce, plants, and bugs to allow my sculptures to speak with concept as well as with material. In my practice, I create paper from sliced produce (vf papyrus) then begin to establish new compositional structures.

My studio practice takes on the responsibility of providing a visual channel for our hostile relationship with earth and its elements, giving our silent protestors a way to reach into the viewer’s mind.

The realization of the similarity between all living beings at a sub molecular level fueled me to integrate organic and natural materials to visually express the interconnectedness between us and nature. Through processes guided by natures algorithms, I present an array of pieces that capture the beauty of raw biological data and heightens these unadulterated elements for emphasis. 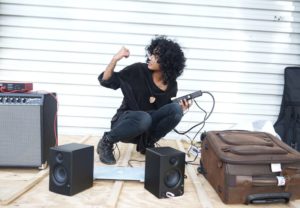 Rohini Maiti is a singer songwriter and Fine Artist from Mumbai, India. Exploring genres of RnB, Jazz and Folk in her music alongside using lens and time based media to create a convergence of the two passions.

Currently based in Sarasota, Florida as an Undergraduate student enrolled in the Fine Arts BFA at Ringling College of Art and Design.

In the realm of the interdisciplinary, Rohini Maiti explores the lands of sound, space and sense to challenge the collectivized consensus of what makes up our stitched reality. Looping audio-visuals echo the distortion of time as the strange and unfamiliar communicate through organic matter. This invisible yet omnipresent information surfaces to human sensory perception through the medium of familiar material and experience. With a background in music composition, Rohini uses research into sensory gating and neurological processing to create assemblages of experiences that dislocate the viewer from their everyday perception. 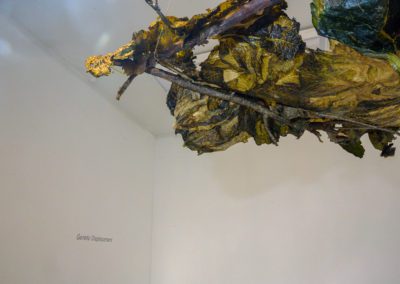 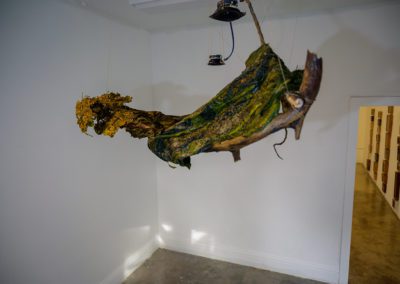 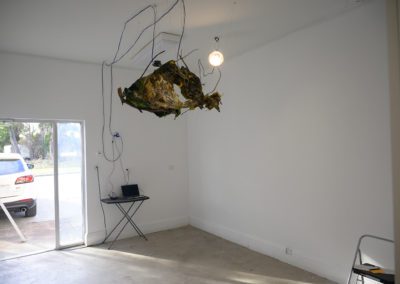